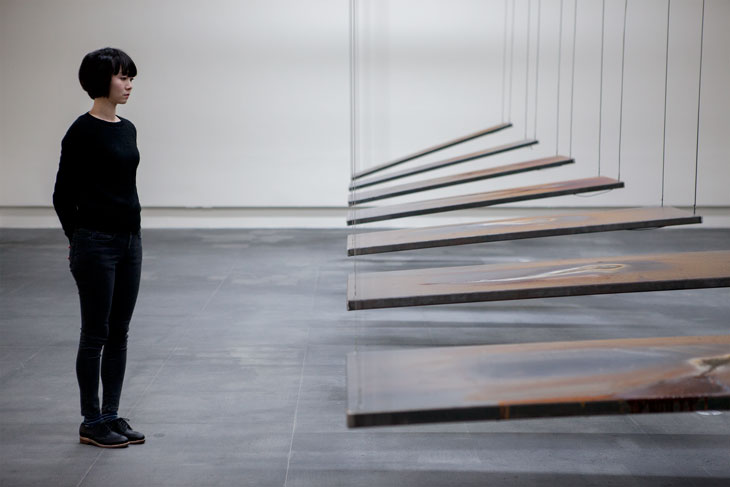 Physical perception is instinctive, intuitive, and reaction-based, based on which people’s bodies read and respond to the environment. Sight has remained the primary sense that people rely on, in which it regularly determines how they think and interpret information. “The Relative Perception” series guides museum guests in using other senses to acquire information that cannot otherwise be acquired via vision. The objectives are to challenge the way the museum guests see and utilize their other senses, remind those who have the habit of skimming through artwork that they may be relying too much or completely on their vision, and ask them if they are able to appreciate artwork in a slow and detailed manner. Based on the concept of time, “the Relative Perception” series makes the exhibition start date the birth date of its artwork and the exhibition duration the development duration of its artwork, allowing the artwork to change and evolve.

For Relative Perception N°4-C, the artwork exhibited at this exhibition, three blue copper sulphate aqueous solutions of varying concentrations are dripped onto three heated iron plates on the ground, where the blue solutions produce sounds as they vaporize and subsequently turn into white crystals. The varying concentrations of the aqueous solutions create different residual crystals and crystal patterns on the iron plates, forming dissimilar “paintings” and “sculpture.”