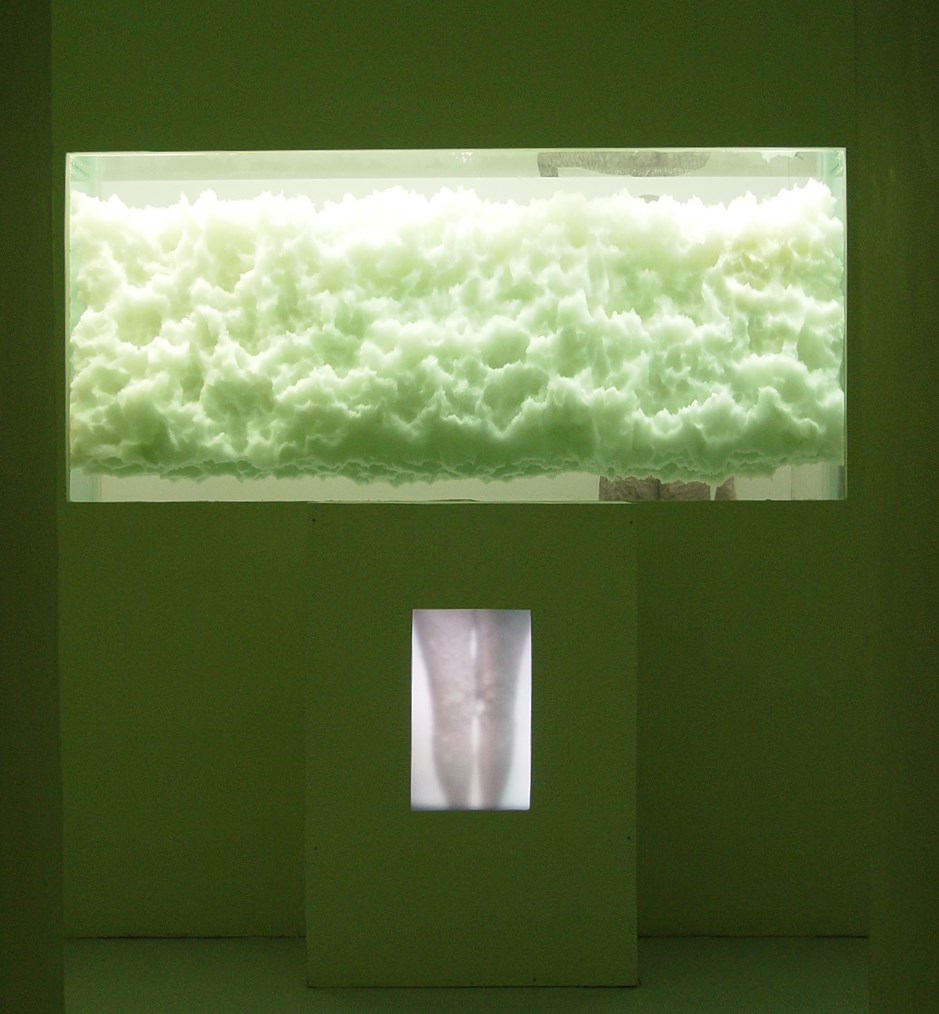 The complete features of a community where artwork is displayed are a byproduct of
the different eras and people’s living activities. Similar to such a community, No.212, which consists of a labyrinth-like structure, continues to change and expand over time. Ying-Cheng TSAI believes what space conveys to people is not merely the physical space itself, but also the series of living activities and events that have taken place in such space; this belief is especially true for one of the communities that have been around for almost six decades. When ice-cold tree shades have become the ceiling of a living space and grass and flowers growing disorderly on walls have become a natural occurrence, they remind the residents living in such an environment that the latter has contributed to the birth of the aforementioned environment. The aforementioned description illustrates how people’s actions have the ability to create “art.”

No.212 is an extension of the abovementioned concept on how activities form and shape a community space. As blue and white porcelains authentically depict the daily glory and the overall environment, museum guests are encouraged to track and piecetogether the history of a community and use fragmented messages that can be collected as they move around to reshape the community space.

The “container” (i.e., pool, which is comparable to the physical appearance of blue and white porcelains) created by piecing different pieces together, is loaded with a huge piece of the past. In addition, the container may be interpreted as possessing allof the fragmented messages of a previous era. Such “past” and “fragmented messages” seem quiet as they are suffocated under water; the continuous noise createdby water drops hitting the water from above seems to remind museum guests of thepast and fragmented messages waiting to reveal themselves.